Which Direction Are You Looking? 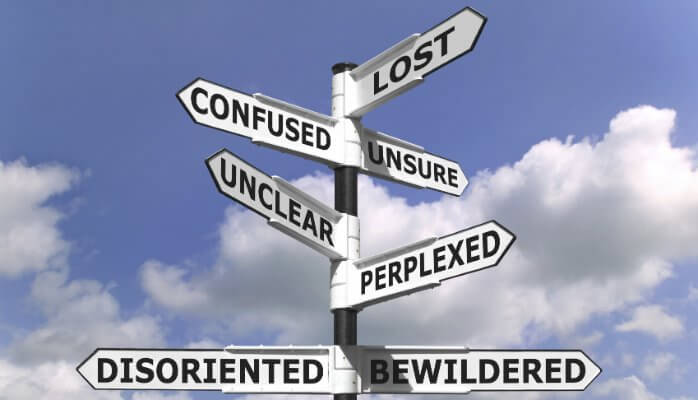 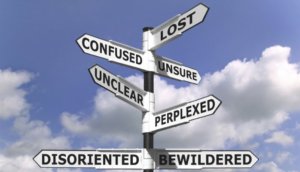 I was behind the wheel of a Subaru Forester, idling at a red light in Vevey, Switzerland when suddenly a horn blasted from behind me. I didn’t figure out why until the second blast. My light was green and I was supposed to go. Sounds simple enough, until I tell you that the light that I was looking at was red.

A key learning for Swiss driving is that each lane has its own traffic light at many intersections and they don’t necessarily operate in unison. Once I got over the shock of the second horn blast I realized that and moved on. I didn’t need to hear a third.

As I often do in these situations, I tried to figure out what that incident was supposed to teach me. My first thought was “focus”. Sitting at the stoplight, I was faced with four sets of lights, two across the intersection and two on my own side. Due to the angles of the streets (few intersections in Vevey met at 90o ), I could actually see another two sets of lights (6 sets in total).

In short, I was presented with too much data to process effectively. As investors, streams of data arrive at a relentless pace, from every imaginable direction - daily. Radio, TV, newspapers, social media and the Internet bombard us with seemingly “important” facts and figures 24/7. As we dig our way through it, we try to process the data, sorting the useful from the useless in an attempt to make some sense of it.

However, a critical question often overlooked is this: “Where does all this data come from?” Knowing the source is only half the battle but when it comes to timing, all the “data” we deal with comes from the past. The past hour, day, week, month, year - but it all comes from the past.

Is that a problem? I think to some degree it is. It means we spend a lot of time looking at things that happened yesterday instead of looking at what is going to happen tomorrow, next week, next month, next year. Unfortunately, we have no data about tomorrow. We have projections, forecasts and the occasional “swag” (systematic wild-ass guess), but we have no “data” about tomorrow. It only becomes data once it has actually happened. Think of your mutual fund and ETF investments, the companies can tell you what the funds did last week, last month, last quarter, last year, since inception – but not a single one of them will tell you what the fund will do next year. Not because they don’t want to - but because they can’t. What they tell us is this: “Past performance is not necessarily indicative of future results”.

Again you ask – is that a problem? Those of you who are parents will understand this; you’re driving down the highway and a fight breaks out in the back seat of the car between your two favorite children. You decide to play referee by turning and looking at them to end the dispute. Your car continues to move in a forward direction while you are looking backward. There is a fair degree of predictability about what will happen next. Hopefully it is just a car horn and a raised middle finger.

We cannot move forward with any degree of confidence unless we are looking at the direction we are going. It’s like riding backwards on the train, you see everyplace you have been, but too late to realize you were going the wrong direction. Unfortunately too many of us are so consumed with the data from the past, that we don’t see we are going in the wrong direction. I’m not telling you to ignore the data, it’s important. Process it, analyze it, but once we’ve done that, and learned what we need to from it, let it go. All that data was from yesterday and the most important things are still in front of us.

There are two kinds of people, the first group, looking at the past and wondering what has happened and why. The second group looks forward at the future and wonders how to make things happen. It all depends on which direction you are looking. The next time you are at a traffic light and a car horn blast comes from behind you – make sure you are looking in the right direction. It makes driving your car a lot easier; it will make dealing you’re your finances/investing easier as well.