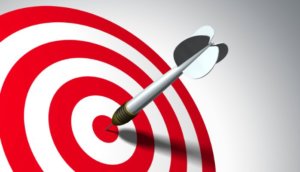 One of the advantages of working in the “home office” is the luxury of making a quick lunchtime trip to the ice rink for the Thursday game of “shinny”. I had arrived a bit early, I had the ice to myself, so I thought I would take the time to work on my shot since I had brought my new composite graphite stick and a couple of pucks with me. The new stick felt great in my hands, and the pucks were rocketing off the end boards, echoing loudly through the empty space.

Only one small problem—I wasn’t trying to hit the end boards, I was trying to hit the net. Obviously, the problem was the new stick—it was the only thing that was different since my last trip to the rink. Having not scored a goal in the first 5 games of the summer season, I had decided that a piece of “new and improved” technology was the direction to take.

Try as I might, I could not get the stick to react the way I wanted— slap shot, wrist shot, backhand. After about 15 minutes of utter frustration, I concluded that since I had invested $200 in this new piece of technology (non-returnable by the way), I had better come up with a way to change my “AIM”.

As Mary Engelbreit once said, “If you don’t like something, change it; if you can’t change it, change the way you think about it”. Rather than trying to force it to do what I wanted it to do, I decided to simply use it and let it show me what it was capable of doing. It made a huge difference - the stick wanted me to lean harder into the shot, and it reacted by redirecting the energy downward and forward through the puck. I hadn’t shot a puck this hard since I was in my 20s (let’s just say a long time...).

In this case, not an issue of ethics, but integrity as it related to my personal inner sense of “wholeness”. If you look in the dictionary, you would find that integrity is also defined as “that deriving from a consistent uprightness of character”. I started by blaming the stick for my inability to produce the results I wanted. The stick was (and is) an inert piece of material; it didn’t care if I blamed it, it didn’t hear me, it didn’t feel anything. I was the one with the emotional attachment to the outcome of using the stick. I had not done all I could do to change the situation, and because of that, my integrity was at risk.

This applies to every business situation that we find ourselves in, as well—sometimes we walk away not having done all we could, and when we do not get the results that we want, we lose integrity by looking at others rather than in the mirror.

Much like a weekend “duffer” who assumes that a new set of golf clubs will improve his game, I simply assumed that the new technology would improve my shot. After all, I’ve played this game for close to 40 years, and knew everything about shooting a puck—or so I thought. When you are faced with a situation like this, take some comfort from the adage “the best angle from which to approach any problem is the “tryangle”.

With our next game only one day away and not wanting to appear inept in front of my "hockey buds" (and perhaps more so my wife who questioned the purchase), I had all the motivation I needed to make the adjustments to my behaviour with the stick and change my shooting style. In any situation, if your motivation to act is not stronger than the inertia not to act, you will never move forward.

Changing your “AIM” isn’t simply a sports metaphor; you can use it as a quick check of your emotional balance in just about any given situation. When you feel you are “off target” in a relationship, a business deal, or perhaps just when you are having one of “those days” when nothing seems to be going the way you had planned it, use the concept of checking your “AIM” before you start looking elsewhere for something (or someone...) to blame.

Did my change in “AIM” really work? I’ve scored goals in our last four games.